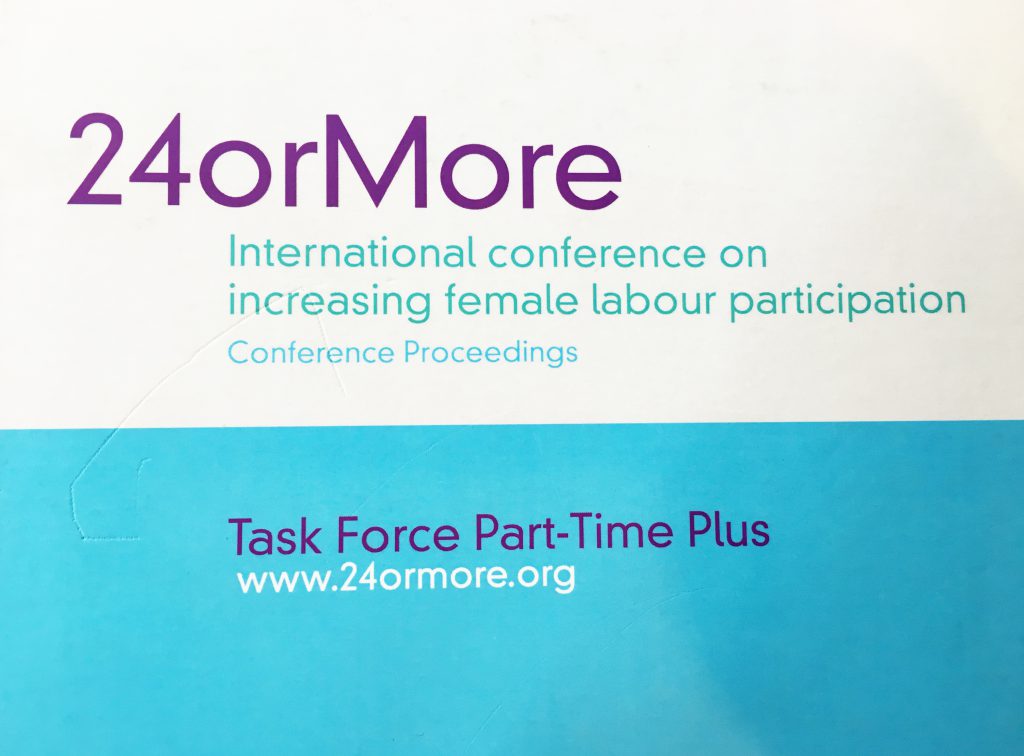 The Task force Part-Time Plus stated that in a country where one out of three marriages ends in divorce, it can no longer be justified that half of the women have an income below minimum wage. Every mother in the Netherlands who is working part-time should carefully consider the pros and cons of leaving their children a few extra hours per week in order to make up for the difference in wage. This bold statement was is supported by a study presented on the international conference ‘24orMore’. The research also proves that women who have a job spend more time with their children than working women did thirty years ago.

&MAES advised the Taskforce on strategic communication, took care of the appearance of the content during the conference and organized the conference ‘24orMore’.